Waze Hijacked L.A. in the Name of Convenience. Can Anyone Put the Genie Back in the Bottle? 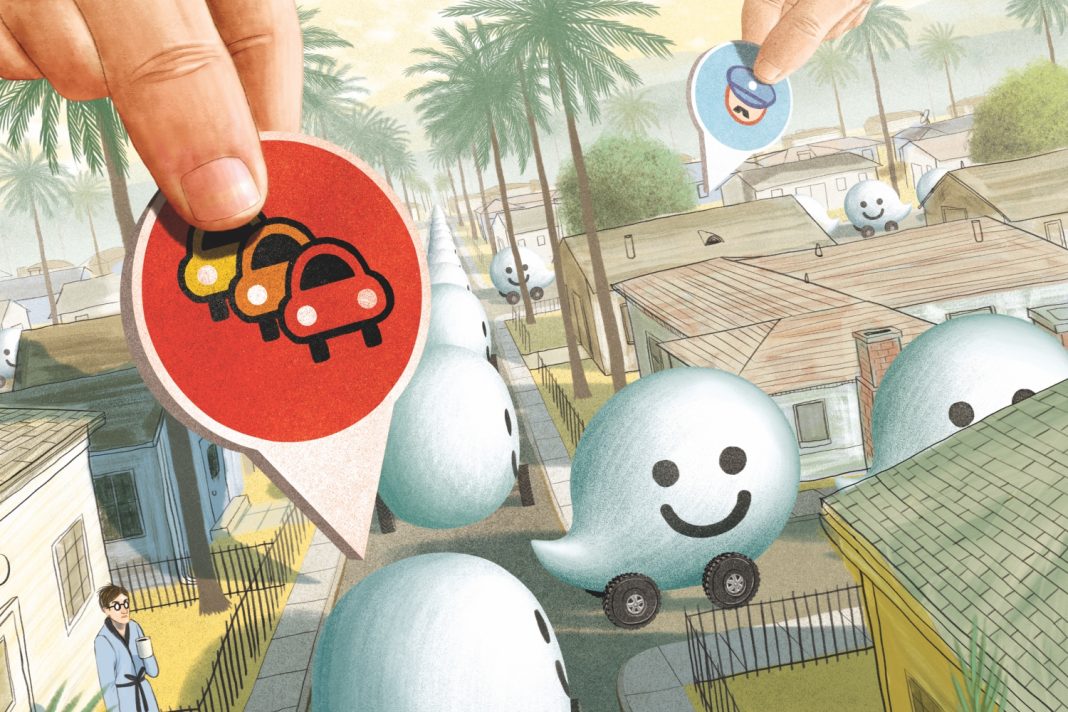 Level 1 is where you start. The higher echelons of control come only with obsession. You jack in for 45 minutes on your lunch hour. Afternoon coffee break. At night when your spouse imagines you’re cranking away on that office project. They have no idea. But when your fingers brush the keys, out there on the very real streets of Los Angeles, traffic shifts and undulates, like rainwater cutting a path. Homeowners wake up to find themselves trapped in a pop-up freeway hell that makes it nearly impossible to exit their driveways. The transportation officials and the council members and the whining neighborhood associations are mere spectators. The gamers won. The algorithm is God. Technology has spoken, and you know your supporting role. The unheralded superhero in this movie, giving every Angeleno the power to take back the streets.

Los Angeles went wild over Waze when it first hit the city in 2011. It was the brash counterpart to the Google and Apple traffic apps that took a more conservative tack to turn-by-turn directions, generally providing two or three traditional highway and thoroughfare routes. Not Waze. One definitive route. The wormhole, the ultimate shortcut, the secret trick to avoid getting screwed on the 405 or the 110. In September 2014 this magazine published “The Surprising Wisdom of Waze,” an ode to what seemed algorithmic serendipity, with honeyed lines like, “To me, Waze is the Voice of God.”

Why the adulation? Waze grabbed you—the harried, downtrodden L.A. commuter—with the subjective, hard-to-counter feeling that this crazy route over hill and dale just had to be faster. Speeding through residential neighborhoods gave hundreds of thousands of Angelenos something they’d scarcely known in this famously gridlocked city—the sense that they were in control. Early adopters suddenly had a technological edge on those same dummies who pay retail, don’t rewind the odometer when they return their leased Porsche, and don’t know the tricks to getting a table at Maude. The Waze founders were geniuses. Waze did save you precious minutes…for a while.