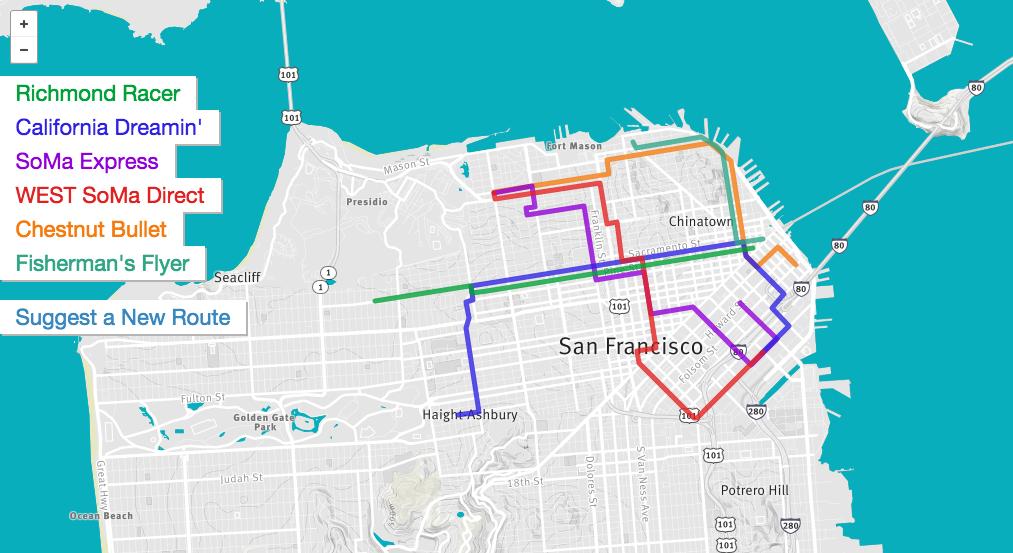 Last Wednesday, I had my first experience with microtransit, when I hopped into a black Jeep Patriot that pulled up to a specified spot outside my Washington, DC, office after work. On the way home, I chatted with the driver — a friendly, bearded guy named Dean — until, a few minutes later, he got a notification on a small tablet mounted next to the dashboard.

The screen instructed Dean to alter his route by a few blocks to pick up another passenger, who got in the back seat. Then we continued onward. After I got out at my house, Dean drove the other guy home on a predetermined route, perhaps picking up more passengers along the way. Through my smartphone, I was charged $4.23 for the 2.5-mile, 12-minute trip — about half as much as an Uber would have cost.

My ride was provided by the new startup Split — and some people think this sort of service could be the future of urban transportation. Split is just one of a number of companies springing up to offer transportation options that occupy a middle groundbetween the pricey convenience of taxis and the slow, cheap service of public transit. Although there isn’t a widely accepted name for these services, some people are calling them “microtransit.”

Even if they are deemed legal, there’s also the broader question of whether these sorts of startups are good for cities in the first place. CityLab’s Eric Jaffe has written an excellent analysis of the pros and cons here.

On the one hand, microtransit companies have the potential to reduce car use by allowing people to share vehicles more efficiently, cutting down on congestion and greenhouse gas emissions. They could also potentially help increase ridership for mass transit, says UC Berkeley transportation researcher Susan Shaheen, by solving the so-called “last mile” problem. For people in geographically isolated neighborhoods, microtransit could provide a much-needed link to subway or bus stops.

← Transport sharing boosts health, wealth and climate Zipcar, Google and why the carsharing wars are just beginning →
IMR is an affiliate of The Transportation Sustainability Research Center - University of California, Berkeley