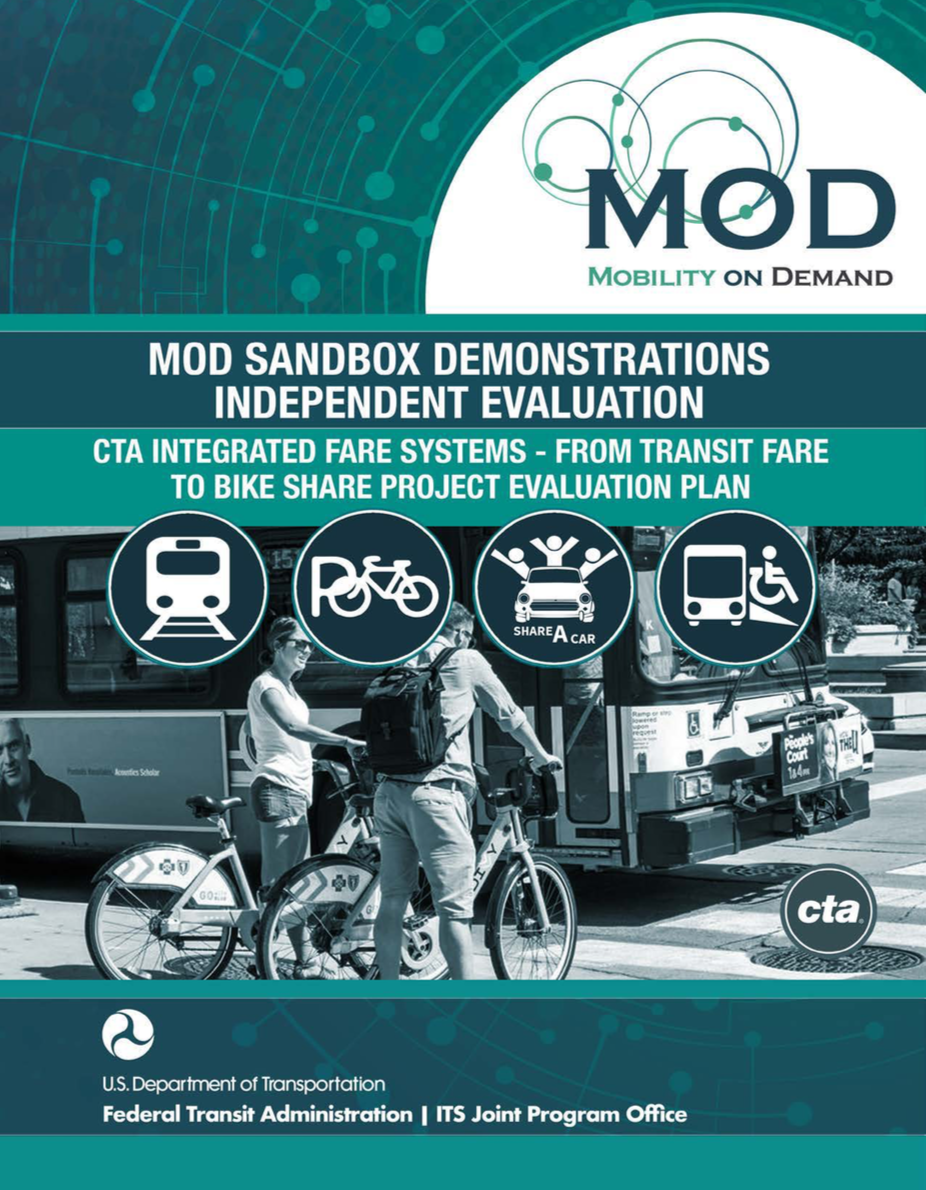 CTA has partnered with the Chicago Department of Transportation (CDOT), whose customers have access to more than 580 Divvy Bike Share stations and over 5,800 bikes located throughout the region; this includes the ability to make connections to Divvy at 75 percent of CTA’s rail stations and nearly 50 percent of CTA’s bus stops. These connections greatly increase CTA’s reach throughout the Chicago metropolitan region. Divvy bikes are used by commuters, tourists and recreational riders for convenient and healthy trips around the downtown, in 44 city neighborhoods, and in 2 suburbs. To increase access to the bike sharing program, Divvy has recently placed 65 new stations in 12 primarily low-income neighborhoods and developed an alternative fee structure to encourage ridership.
With CTA’s partners (CDOT, Cubic and Divvy), CTA has proposed two modifications to the Ventra App that will allow customers to more easily access Divvy bikes and establish a platform to expand this opportunity to other ride sharing modes of transportation in the future.
1. Phase 1 of the project will incorporate Divvy bike station locations and status in to the Ventra trip planner so that customers can identify, in real-time, the availability of a bike at their transit stop, or the availability of a docking station at the destination of their bike trip. The initial phase will also include a Deep Link to the existing Divvy App so that new customers can create a Divvy account, and existing Divvy members will be able to obtain a bike unlock code.
2. Phase 2 will further integrate Divvy functionality into the Ventra App so that customers can pay for their Divvy bike with their Ventra transit value or other payment source to receive an unlock code. This is a major innovation for customers to have the ability to use Ventra transit value to pay for other ride sharing modes. Once this process has been successfully integrated, the payment process can be readily expanded to other modes.
The implementation of this project expands the transit network from traditional bus, train, and commuter rail modes to other ride sharing options. Once these processes have been implemented and put into practice, this payment procedure can be readily expanded to car sharing or other transportation modes.