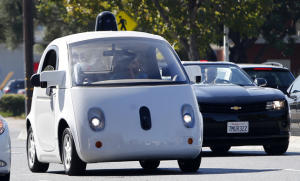 When the Florida Highway Patrol pulled him over this month for driving too fast, Brooks Weisblat didn’t bother telling the officer that his Tesla Model S had been driving itself.

“That would have definitely got me a ticket,” said Weisblat, who got a warning notice instead.

Florida doesn’t have a driver’s handbook dictating robot rules of the road. No state does, but California could become the global model next year when it publishes first-in-the-world consumer rules for self-driving cars.

Those regulations are already a year behind schedule. Among the problems vexing officials with the Department of Motor Vehicles is how to handle not just the machines but their overtrusting owners.