Are we going too fast on driverless cars? 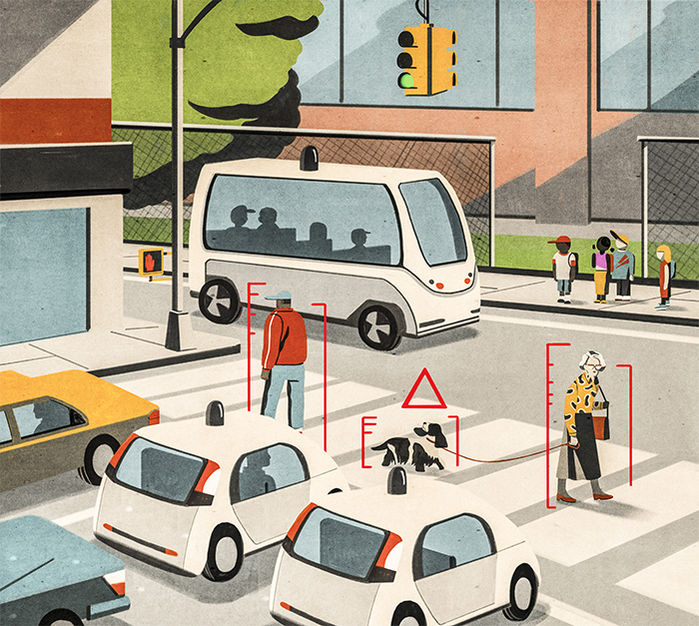 The automakers and high-tech companies spending billions of dollars on developing self-driving cars and trucks tout the idea that autonomous vehicles (AVs) will help create a safer, cleaner, and more mobile society. Politicians aren’t far behind in their enthusiasm for the new technology.

“This is probably the biggest thing to hit the auto industry since the first car came off the assembly line,” Senator Gary Peters (D–MI) told a cheering audience of researchers and executives at a recent computing conference in Washington, D.C. “It will not only completely revolutionize the way we get around, but [AVs] also have the potential to save hundreds of thousands of lives each year.”

Such predictions, however, turn out to be based on surprisingly little research. While developers amass data on the sensors and algorithms that allow cars to drive themselves, research on the social, economic, and environmental effects of AVs is sparse. Truly autonomous driving is still decades away, according to most transportation experts. And because it’s hard to study something that doesn’t yet exist, the void has been filled by speculation—and starkly contrasting visions of the future. “The current conversation … falls into what I call the utopian and dystopian views,” says Susan Shaheen, co-director of the Transportation Sustainability Research Center at the University of California (UC), Berkeley.

In the utopian view, she says, fleets of cheap, accessible AVs offer rides at the tap of a screen. Their ubiquity expands transportation options for everyone. Once AVs are commonplace, traffic accidents become a thing of the past, and enlightened government regulatory policies result in fewer traffic jams and parking problems, and less urban sprawl. Fleets of electric-powered AVs shrink fossil fuel consumption and reduce air pollution. Commutes become stress-free and more productive, as former drivers can now work, read, or knit while being whisked to their destinations.

Read the rest of the article at: http://www.sciencemag.org/news/2017/12/are-we-going-too-fast-driverless-cars

← Generation Z May Not Want To Own Cars. Can Automakers Woo Them In Other Ways? Susan A. Shaheen, PhD, Awarded TRB’s 2017 Roy W. Crum Distinguished Service Award →
IMR is an affiliate of The Transportation Sustainability Research Center - University of California, Berkeley