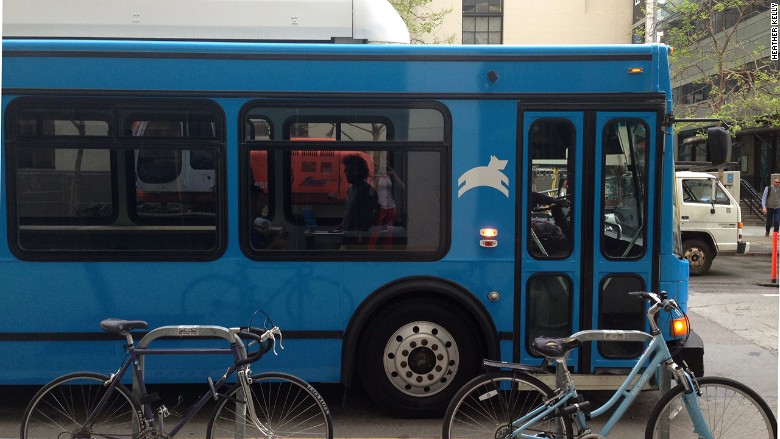 What sold Matt Lee on the latest transportation startup was the promise that he could sit down during his commute to work.

Lee, who works in downtown San Francisco, has about a three-mile ride from his home in the Haight-Ashbury neighborhood, which is roughly in the center of the city, to his office. Typically that trip takes about 30 minutes, and sometimes the buses are so full he has to wait for one or two to pass before he can squeeze on for standing room.

So Lee began using a new private shuttle service called Chariot, which launched in April 2014. Chariot hopes to provide an alternative to San Francisco’s municipal busing system, aka Muni, for a fee of about $2 more per ride. For Lee, the cost is worth it for the luxury of sitting.

“Basically it comes down to being able to sit,” Lee said. “Sometimes I like to work and I can use my laptop and not be all squished.”

That promise of a comfortable commute is powering some of the newest startups in the tech industry. In San Francisco, Chariot and another service called Leap have begun sending buses across the city, taking on customers who pay with via smartphones. In true Silicon Valley style, all buses come Wi-Fi enabled, and Leap’s buses even have a coffee bar and counters where riders can tap away on their laptops.

← All aboard San Francisco’s hipster bus for leather seats, Wi-Fi and iced coffee (via The Guardian) Smart Cities Workshop Summaries →
IMR is an affiliate of The Transportation Sustainability Research Center - University of California, Berkeley