Chariot is Suspended in San Francisco, and the Transportation Biz is Still Hard 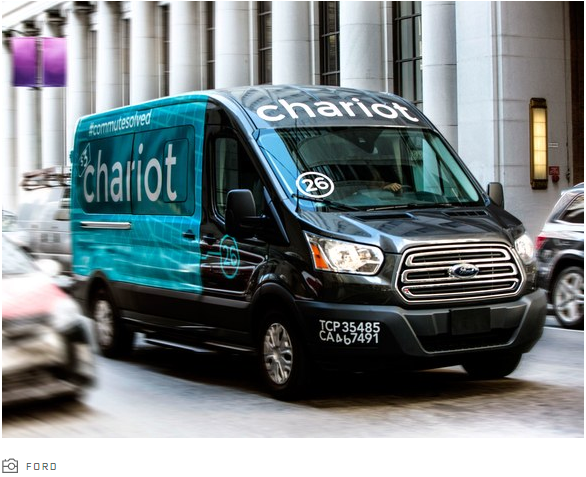 Chariot, the Ford-owned van commuter service that crowdsources its routes from passengers, is the subject of some controversy in San Francisco, the city where it was born. For its 3,000 to 4,000 daily riders, Chariot is a valuable, non-personal-car form of mass transit, a cost-effective-ish alternative to the city’s sometimes sluggish and limited public transportation system (a rush hour ride is $5, compared to Muni’s $2.50). For others, the service’s vans are a straight-up nuisance: loudly idling near their homes, belching exhaust, double parking on already crowded streets, and hanging out stops meant for city buses.

So it was with a mixture of joy and despair that San Franciscans greeted the news that Chariot had been suspended in California. (It also operates in Seattle, Austin, and New York.) Late Thursday afternoon, as rush hour bore down upon the City by the Bay, the California Public Utilities Commission yanked the service’s operating license. Chariot had failed three routine inspections by the California Highway Patrol, as officials found not all of its drivers had the right licenses to operate the company’s 14-person passenger vans. “We are committed to always providing our riders with safe and reliable service, and we comply with regulatory orders even when we disagree with them,” the company said in an email sent to riders.

It’s likely Chariot will be back up and running in a few days, once it passes a re-inspection. According to California Highway Patrol spokesperson Jaime Coffee, the company requested a re-inspection on Thursday and the process began Friday morning. Assuming Chariot has nixed the drivers without proper licenses—or they’ve obtained the right ones—it will take two or three days for the service to get its license back and start operating again.

To read the rest of the article, visit: https://www.wired.com/story/chariot-suspended-transportation-hard/