Bike-Share Could Be ‘A Much More Integrated Platform,’ Says Bike-Share CEO 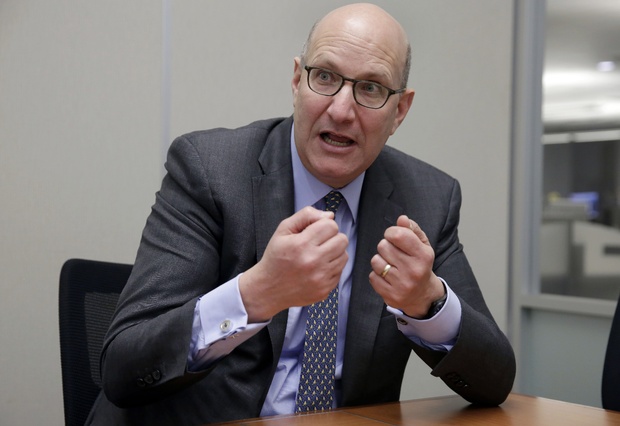 Last fall, when a group of deep-pocketed investors took over Alta Bicycle Share—the troubled company that operates bike-share systems in New York, Washington, D.C., Chicago, and several other major cities—one of the first moves they made was to bring on Jay Walder to head up the company.

Walder has a long track record running big municipal transportation systems, in New York, London, and Hong Kong. Along with the shift of headquarters from Portland, Oregon, to New York, the hire was a signal that things were going to be different for the bike-share pioneer, which had been struggling financially, going forward.

Wednesday, the company’s transformation took another step, with the announcement that it has a new name, Motivate. Walder says it’s meant to convey energy, action, movement, and evolution. I talked with him by phone to find out what he’s been doing since he took over two and a half months ago and how the rebranded, refinanced company hopes to take bike-share into the future. The interview has been condensed and edited.

My first question is about how you’re developing business models. How are these systems getting funded? Are the funding models sustainable? What is new on the business side?

I think the question is well placed. There are any number of examples of good ideas that in the end didn’t have a sustainable financial foundation.

We’ve seen very different views for funding models for very different cities across the U.S. and even globally. At one end of the spectrum is New York, where we have a model in which we are not receiving any public support at all. We have to have a financially sustainable system on the basis of membership, on the basis of sponsorship, and on the basis of our ability to bring financing to the table.

To read the rest of the interview, click here.