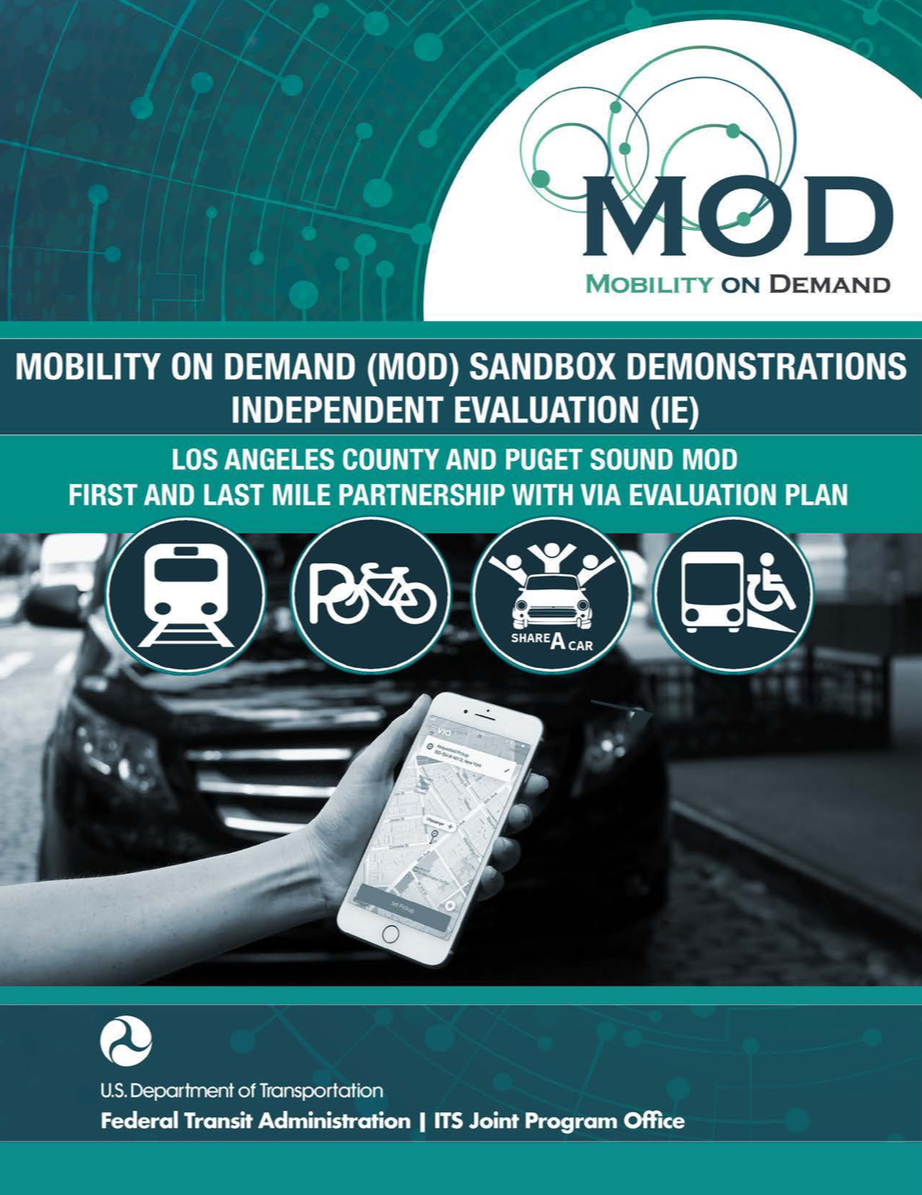 Through a partnership-driven approach, LA Metro, KCM, ST, and Via (an on-demand transportation network company or TNC) will work together to develop, deploy, and analyze two analogous pilot programs designed to test the viability of transit agency-TNC partnerships to deliver equitable first- and last-mile access to the transit network.

Upon pilot launch, customers will be able to request subsidized Via rides to or from the participating transit stations, within a specified radius of the transit station during specified times of the day. In the Los Angeles region, the selected stations are North Hollywood (Red Line Station in the City of Los Angeles), El Monte (Silver Line Station in the City of El Monte), and Artesia (Blue Line Station in the City of Compton). In the PS region, the selected stations are Tukwila International Boulevard Station, Othello Station, Columbia City Station, and Mount Baker Station (Link Right Rail Stations). The service will operate within defined regions around each station. The service areas were determined to ensure that each area’s unique mobility circumstances were properly considered. Time periods in which the subsidy will be available will be determined on an agency-by-agency basis, determined based on project goals and available budget.

In Los Angeles, TAP is the regional payment system that allows customers to add value to transit, pay for bikeshare, and eventually pay for parking. In the Los Angeles pilot, there will be a “lite-TAP integration,” which will allow customers to input their TAP card number when registering for a Via account to receive $2 off each Via ride, although they will not actually be paying with their TAP card. Instead, customers will book and pay for their Via rides through the Via app, which will require them to enter a credit card or pre-paid debit card. Although this pilot will not have full integration with TAP, it will still incentivize customers to use TAP based on the fare policy structure, noting that it is not required. In the PS pilot, there will be full integration with ORCA, the regional payment system in the PS area. Each Via vehicle will be equipped with an ORCA reader, allowing customers to pay for their Via rides with their ORCA cards.

Customers will use the Via app to book rides, and those without ORCA cards will also use it to pay for the service. In both regions, there will be a telephone dispatch service operated by Via that allows customers without a smartphone (or access to the Via app) to register for accounts, book and pay for Via rides. In both regions, the marketing and communications teams will aggressively disseminate information about ways in which to access the Via service for those who do not have access to credit cards or debit cards, such as pre-paid gift cards.

In Los Angeles County, Via will subcontract with a wheelchair accessible vehicle (WAV) provider that will be able to dispatch WAVs per customers’ requests if there are not enough WAVs operating on the Via platform. In the PS, Via will provide WAVs as part of the vehicle fleet. Customers will have the option of requesting these services within the Via app or telephone dispatch service.