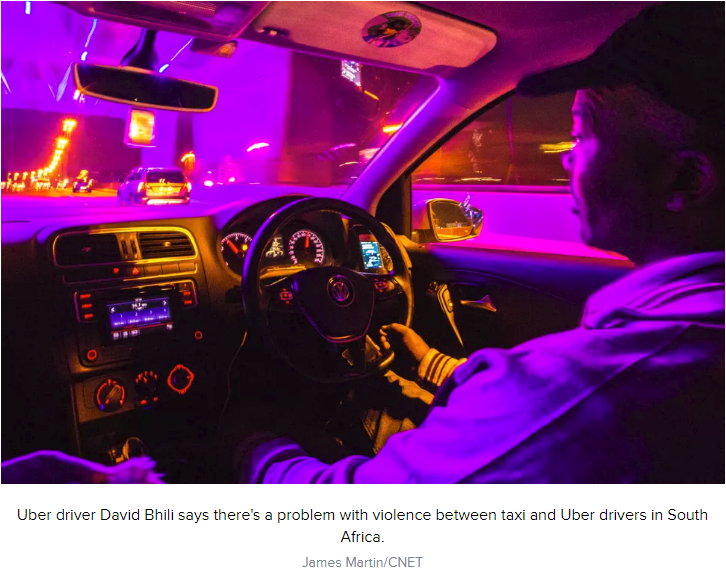 On an average day outside Johannesburg’s downtown train station, a handful of men in all-black military gear are positioned down the block. They wear bulletproof vests, combat boots and wool beanies. A patch on their sleeves reads, “Hi-Risk Security Company, Rapid Response Unit.”

As we exited the train station during a trip to South Africa last month, one of the men approached us. “Are you looking for an Uber?”

Meet the private security force working for the ride-hailing company in Johannesburg.

“On this corner, you are perfectly safe,” the guard told us.

We had only his word for it because clashes between Uber and local taxi drivers, known as “metered taxis,” are now a common occurrence in Johannesburg and surrounding cities. To put it bluntly, being an Uber driver here is dangerous.

In the last year, the violence has included reports of Uber drivers being beaten as they drop off passengers at busy areas with taxi stands, like train stations. One Uber driver, whose car was set on fire after an attack in June, died two weeks ago from severe burns.

To read the rest of the story, visit: https://www.cnet.com/news/meet-ubers-private-security-firm-in-south-africa/